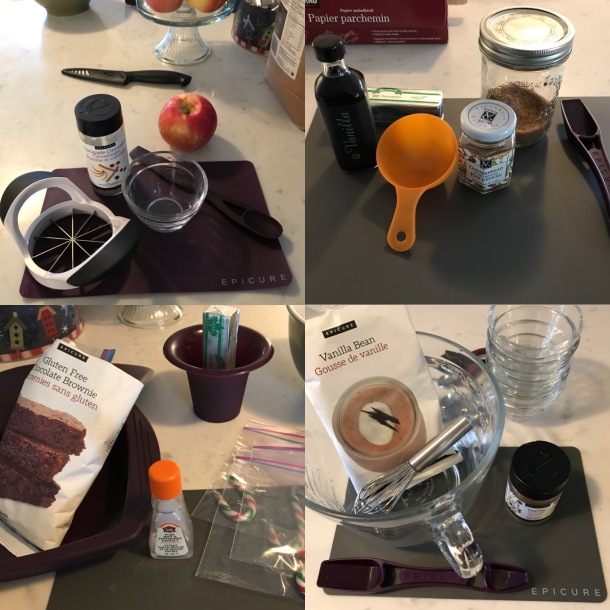 One of my favourite parts of the holidays is baking! I like to use tried-and-true family recipes AND also get creative by trying new concepts and ideas.

The only way to make baking more fun, is to have enthusiastic helpers, so I put together a Festive Treats Cooking Class for 5 to 10 year olds and it was a cosy good time! We made:

While the young chefs made the sweet snacks, they learned about following recipes, adapting recipes, kitchen safety and the importance of trying new flavours BEFORE deciding if you like it.

I’ll be sharing the recipes (links will be added above), but would love to bring a class to YOUR kitchen and cook with your kids and their friends so they can measure, mix and make it themselves! Enter your name, email and time options below to find out more:

What is your favourite festive treat? 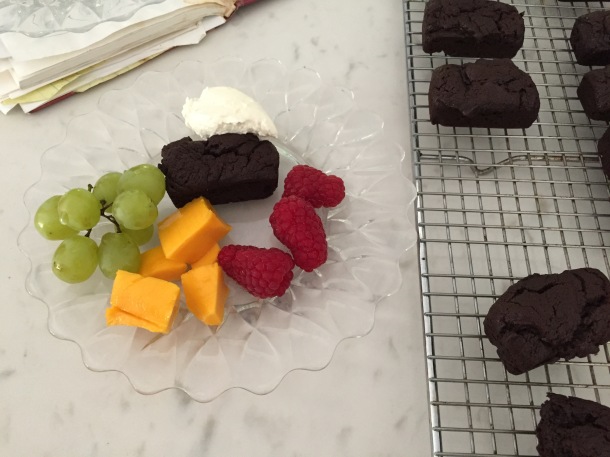 Brownies can be controversial, at least when it comes to my friends and family. Some factions say there needs to be frosting, others are in the cakey camp, while a few are stuck in the fudgey side. There is often heated debate about how Butterscotch Brownies (blondies) and Black Bean Brownies are not acceptable options at all. But, when I’m the one donning the apron I say nay to frosting and go for my tried and true One Pot Brownie recipe (please note: no pot is IN the brownies, they are mixed IN a pot).

I have been using the same recipe since I started baking when I was eight (out of desperation as my mother wouldn’t bake or buy sweets as often as I wanted them). It has never failed me, though I have failed it on occasion. A couple of times, I MAY have over-baked the brownies until they were dried out. My problem solving brain and thrifty heart turned this loss into a win by making ice cream sandwiches with them!

Serve with fresh fruit (I had grapes, mango and raspberries) and a dollop of whipped cream (try not to over whip it like I did).

Which side of the brownie battle do you take or will you just take any brownie that’s available? 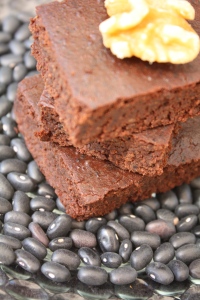 I’ve noticed lots of recipes for Black Bean Brownies all over the internet. Some are just regular old butter and sugar brownie recipes while others are vegan, gluten-free, carob recipes. I was looking for something in between. Now, I’m not a big fan of sneaking healthy stuff into treats. I’m more of an eat yer veggies and then enjoy a homemade dessert kind of gal. But, I was going to a barbeque where there was one child with diabetes and another on a gluten free diet. I really wanted to take a dessert that they could both dig into and that maybe even some of the grown ups might enjoy.

I couldn’t find the perfect recipe online, so I concocted my own cobbled together version. They were pretty easy to make, but I did a test run to make sure they’d be good enough to share. When my son, the Young Fresh Chef, tried his first one I asked him what he thought the secret ingredient was. He chewed and thought, then guessed, “Plums?” (We had just bought some gorgeous purple plums) When I told him it was black beans, he shrugged, nodded and ate another one.

All the kids at the barbeque were intrigued by the concept of beans in brownies.After dinner, the bars disappeared rather quickly and there were lots of dimpled chocolate dusted cheeks and whispered requests for the recipe. I even got my husband, the Executive Chef, to try a bite and his, “Not as bad as I thought it would be.” was higher praise than I had ever hoped. Though he totally objects to them being called brownies, he will tolerate the term “bars”. 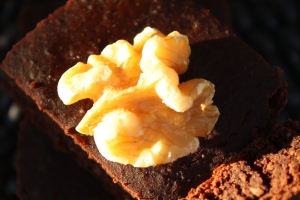 I used dried beans that I cooked in my slow cooker with no pre-soak and it took about 6 hours. While the beans were cooling I added a vanilla bean so they would suck up the flavour.

The sweetener can be tweaked to your own taste or what’s available in your pantry. I try to use small amounts of different sweeteners so that there isn’t a predominant taste of any one.

These could also be veganized by using an egg substitute.

3. Place all of the ingredients in a high-powered blender or food processor and blend until fully combined and the beans and walnuts are indistinguishable.

4. Scrape the mixture into the lined pan. Bake until the middle has set, about 30-45 minutes. Let cool COMPLETELY before cutting.

I cut them up into 24 rectangles and froze the extra ones in snack size bags inside one large freezer bag for school lunches.

These taste even better with a smear of peanut butter, you know, if you’re into that kind of thing!